This unique collection of documents with commentary explores the meaning of absolute monarchy by examining how Louis XIV of France became one of Europe’s most famous and successful rulers. In the introduction, William Beik succinctly integrates the theoretical and practical nature of absolutism and its implications for the development of European states and society. The documents, newly translated and carefully selected for their readability, examine the problems of the Fronde, Colbert’s grasp of the economic and fiscal dimensions of the kingdom, the taming of the rural nobility, the interaction of royal ministers and provincial authorities, the repression of Jansenists and Protestants, popular rebellions, and royal image-making. Explanatory notes, a chronology, a map, a geneaology chart, and 9 striking images further strengthen this volume’s usefulness in the undergraduate classroom.

Table of Contents Foreword  Preface LIST OF ILLUSTRATIONS PART ONE Introduction: Louis XIV and French Absolutism  Absolutism in Theory  French Absolutism in Practice  The Landed Nobility The Robe Nobility The Royal Commissioners  The Catholic Church  The Urban Bourgeoisie The Lower Classes A Note about the Text PART TWO The Documents 1. Confronting French Society during the Fronde Paris Rebels against the Crown Madame de Motteville’s Account of the Parisian Disturbances in August 1648 A Mazarinade against the Queen and the Cardinal An Intimate Discussion between the King and the Queen Regent, His Mother, concerning the Affairs of the Day The Parlementaires of Aix Strike Back, 1649 Haitze’s Account of the Uprising in Aix, 1649 Agen Is Seduced by the Princes An Account by Bru, Bookseller, 1652 A Revolutionary Party in Bordeaux: The Ormée 44 Apology for the Ormée The Ormée Abolishes the Parlement of Bordeaux 2. The King and the Aristocrats at Court The King and His Family Mademoiselle de Montpensier Saint Maurice Primi Visconti The World of the Court Saint Maurice Primi Visconti The Princess Palatine Exéchiel Spanheim 3. Managing France Colbert’s Instructions for the Commissioners Who Have Been Sent into the Provinces, September 1663 Financial Memorandum by Colbert, Addressed to the King in 1670 Louis XIV’s Tax Flows 4. Reforming the Provinces: The Grands Jours d’Auvergne Letters Patent for the Establishment of the Grands Jours Excerpts from the Memoirs of Esprit Fléchier   5. Reforming the Provinces: Interaction with Burgundy Letters to and from Burgundy Brulart to Mazarin, Dijon, January 5, 1660 Brulart to Mazarin, Dijon, April 20, 1660 Condé to Colbert, Dijon, June 18, 1662 Brulart to La Vrillière, Dijon, January 31, 1663 Louis XIV to Brulart, Paris, February 13, 1663 Bouchu to Colbert, Dijon, February 14, 1663 Bouchu to Colbert, Dijon, February 17, 1663 Brulart to La Vrillière, Dijon, February 21, 1663 Colbert to Bouchu, June 5, 1663 Bouchu to Colbert, Dijon, November 13, 1663 Brulart to Chancellor Séguier, Dijon, December 16, 1663 Bouchu to Colbert, December 10, 1664 Bouchu to Colbert, Dijon, January 25, 1665 Brulart to La Vrillière, Dijon, January 25, 1665 La Vrillière to Brulart, Paris, February 3, 1665 Bouchu to Colbert, Port Digoin, October 30, 1665 Bouchu to Colbert, Dijon, March 21, 1666 Bouchu to Colbert, April 21, 1666 Bouchu to Colbert, Auxerre, November 4, 1667   Bouchu to Colbert, Dijon, June 23, 1669 The Viscount Mayor and Échevins of Dijon to Colbert, July 14, 1669 Bouchu to Colbert, Dijon, July 14, 1669 Colbert to Bouchu, Paris, December 19, 1670 Meeting the People of Dijon Brulart to Louvois, Dijon, June 1673   Request by the City Council of Dijon for a Monitory, November 21, 1668 Extract from the Deliberations of the City Council, April 7, 1671 Petition about Drunken Husbands, April 8, 1672 Illegal Vending, June 30, 1673 Illegal Production, September 11, 1673 Homelessness, September 2, 1674 Illegitimate Births, April 27, 1675 A Riot by Winegrowers, January 1684 Petition to the Mayor and Échevins from the Protesters Debauchery of Youth, March 28, 1688 6. Social Unrest: The Revolts of 1675 Eyewitness Account by Ferrant, Agent of the King’s Tax Receiver Le Maigre, Bordeaux, March 30, 1675 The Mayor and Consuls of Bergerac to de Sève, Intendant of Bordeaux, May 3, 1675 La Case, Tax Collector from Quimper [Brittany], to Colbert, June 24, 1675 Dallier, Tax Farmer from Nantes, to Colbert, June 25, 1675 The Bishop of Saint Malo to Colbert, July 23, 1675 7. Absolutism and the Churches Divine Right Monarchy Bossuet’s Vision in Politics Drawn from the Very Words of Holy Scripture Bossuet Chides Louis XIV about the State of His Soul Dealing with the Gallican Church and the Pope Pope Innocent XI to Louis XIV, December 29, 1679 Memoirs of the Intendant Foucault on the Resistance over the Régale, 1679 –1680 Declaration of the Clergy of France, 1682 Dealing with the Jansenists Suppression of the Abbey of Port Royal des Champs by d’Argenson, Paris Lieutenant of Police, 1709 Dealing with the Huguenots Commission for the Execution of the Edict of Nantes, 1663 Commentary by Saint Maurice, November 23, 1668 Verbal Abuse, Protestants to Catholics [Summary], 1678 Memoir by the Intendant d’Aguesseau on How to Convert the Pastors and Huguenots of Languedoc, 1679 Verbal Abuse: Catholics to Protestants [Summary], 1680 Letter of the Intendant d’Aguesseau to Secretary of State Châteauneuf, Toulouse, September 29, 1682 Demolition of the Main Protestant Temple in Montpellier, 1682 Report of the Intendant d’Aguesseau on the Situation in Montpellier and Languedoc, July 18, 1683 D’Aguesseau’s List of Protestants Who Have Left Languedoc in Violation of the Royal Orders, August 3, 1685 Revocation of the Edict of Nantes, Fontainebleau, October 25, 1685 Royal Dragoons in Languedoc, 1685 List of Property Belonging to Protestants Who Have Fled from the Diocese of Montpellier [Summary], 1686   Epilogue   The Princess Palatine Remembers Louis XIV    8. The King and His Image Charles Perrault on Colbert’s Plans to Glorify the King Chapelain to Colbert, Paris, November 18, 1662 Report to the Estates of Languedoc on the Equestrian Statue of the King, October 30, 1686 The King’s Own Words Excerpts from Louis XIV’s Mémoires for the Instruction of the Dauphin   PART THREE Conclusion   APPENDICES A Louis XIV Chronology (1638–1715) Questions for Consideration Selected Bibliography Index 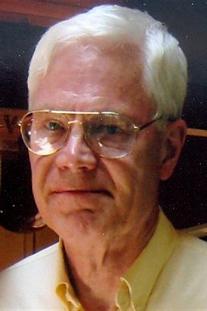 William Beik was a professor of history at Emory University. An authority on the social and institutional history of seventeenth-century France, he is the author of Abolutism and Society: State Power and Provincial Aristocracy in Languedoc (1985), which won the 1986 Herbert Baxter Adams Prize of the American Historical Association; Urban Protest in Seventeenth-Century France: the Culture of Retribution (1987); and A Social and Cultural History of Early Modern France (2009). He has written numerous articles and is coeditor of the New Approaches to European History series at Cambridge University Press.