Kathleen Bergers Invitation to the Life Span is widely acclaimed for covering the breadth of the life span in single term (is just 15 concise chapters). Now, Berger and Susan Chuang have adapted Invitation for a Canadian audience.
Students - Buy or Rent
LaunchPad C$79.99

Retail:C$104.99 Wholesale:C$84.00
Home Features New to This Edition Letter from the Author

Kathleen Bergers Invitation to the Life Span is widely acclaimed for covering the breadth of the life span in single term (is just 15 concise chapters). Now, Berger and Susan Chuang have adapted Invitation for a Canadian audience.

Co-author Susan S. Chuang
Dr. Chuang is an associate professor at the University of Guelph, Ontario, with research interests in parenting, fathering, and child development in various sociocultural contexts.She is the Series Editor for Advances on Immigrant Family Research and Associate Editor for the Journal of Family Psychology.

Dr. Chuang has helped develop community workshops on topics such as parenting and child/youth development, and has organized five international conferences on immigration. Canadian Content Throughout
This version has more extensive Canadian content, more deeply integrated, than similar textbooks intended for Canadian students, with new examples, new photos, and new boxed features, such as Opposing Perspectives.15-Chapter Format
The thoroughly reconsidered table of contents covers the essentials for the course in a format that fits easily in a one-term syllabus.

Cutting-Edge Research
Coverage includes new developments, in late-breaking research areas from epigenetics to end-of-life care. Special emphasis is on brain development, culture, genetics, and emotional development.  Berger includes this research in a way your students will understand and be able to apply in their future careers.

Attention to Cultural Diversity
Berger highlights cultural differences and universals and their impact on the values and customs that shape individual development and makes culture an enlightening, unifying theme for the text.

Critical Thinking and Applications-Based Pedagogy
From the chapter opening stories, the “A View From Science” to the questions presented in "Observational Quizzes", Critical Thinking”, “Especially for..." and “Understanding the Numbers” marginalia, to the visual concept summaries,  Berger’s pedagogy has students thinking about the real implications—for themselves and for the world at large—of the material they are learning.

Visual Concept Reviews
This feature maps out the key ideas and applications of each chapter graphically, making it easier for visually-oriented learners to summarize and retain the most important material.
Dedicated Media and Supplements Package
Invitation to the Life Span, Canadian Edition has its own teaching and learning resources, include its own Test Bank and LaunchPad online course space.

Part I: The Beginning
1. The Science of Human Development
2. From Conception to Birth 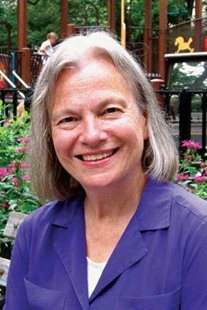 Kathleen Stassen Berger received her undergraduate education at Stanford University and Radcliffe College, earned an M.A.T. from Harvard University, and an M.S. and Ph.D. from Yeshiva University. Her broad experience as an educator includes directing a preschool, serving as chair of philosophy at the United Nations International School, teaching child and adolescent development to graduate students at Fordham University and undergraduates at Montclair State University in New Jersey and at Quinnipiac University in Connecticut, as well as teaching social psychology to inmates at Sing Sing Prison. Throughout most of her professional career, Berger has worked at Bronx Community College of the City University of New York, first as an adjunct and for the past two decades as a full professor. She has taught introduction to psychology, child and adolescent development, adulthood and aging, social psychology, abnormal psychology, and human motivation. Her students—who come from many ethnic, economic, and educational backgrounds and who have a wide range of ages and interests—consistently honor her with the highest teaching evaluations.

Berger is also the author of The Developing Person Through Childhood and Adolescence, The Developing Person Through the Life Span, and A Topical Approach to the Developing Person Through the Life Span. Her developmental texts are currently being used at more than 700 colleges and universities worldwide and are available in Spanish, French, Italian, and Portuguese, as well as English. Her research interests include adolescent identity, immigration, and bullying, and she has published many articles on developmental topics in the Wiley Encyclopedia of Psychology and in publications of the American Association for Higher Education and the National Education Association for Higher Education. She continues teaching and learning as her four daughters and three grandsons continue to develop, as she interacts with students every semester, and as she revises each edition of her books.She is also the author of Grandmothering: Building Strong Ties with Every Generation (2019). 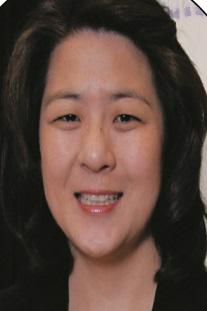 Susan S. Chuang received her undergraduate degree in criminology and sociology at the University of Toronto. At the University of Rochester, in New York, she earned an MS in elementary education, and an MS and PhD in human development. She also received post-doctoral training at the National Institutes of Health, in Maryland.
Chuang’s lines of research include parenting, fathering, parent–child relationships, child and adolescent development, and school readiness in various sociocultural contexts (e.g., North American, Asian, and Latino countries). She also focuses on settlement and immigration issues.
Chuang collaborates with various local and national organizations and leads community-based projects across Canada. She conducts workshops on various topics, including parenting, parent–child relationships, youth development, and studying tips and strategies. Audiences range from youth to young adults to parents of all ages.
Chuang is the co-editor of books such as On New Shores: Understanding Immigrant Fathers in North America and Immigrant Children: Change, Adaptation, and Cultural Transformation, and of special journal issues that focus on families and immigration, including Sex Roles (2009) and the Journal of Family Psychology (2009). She is currently the editor of Springer Science+Business Media’s series Advances in Immigrant Family Research. The first book in the series is Gender Roles in Immigrant Families. In addition, Chuang organizes the On New Shores international conferences, which focus on immigrant families. They feature leading scholars from various disciplines as well as community and governmental agencies and other non-academic delegates.