The Essential Earth is a whole new way to open students; eyes to the physical world around them, to learn how scientists explore it, and what we need to do to both protect ourselves from it (hazards) as well as protect it from us (global change).   In just 14 chapters, it offers a well-focused introduction to the basics of geology that emphasize the process of science and how humans interact with our home, Spaceship Earth.

Focus on the essentials.
In just 14 chapters, The Essential Earth covers the fundamental concepts of physical geology, in a way that addresses the need to teach non-science students how to think like scientists.
Chapter opening stories.
Students are introduced to new areas of coverage with stories of real people and real-life events that show the remarkable contributions of geology to our everyday lives.
Well-conceived art program.
The Essential Earth is filled with evocative photographs, including many of geologists at work.  The illustrations are colorful and clearly labeled to help students visualized important geologic processes.
Coverage of topics students are already interested in.
The Essential Earth connects the course to headline-making issues such as global climate change, the use of natural resources, natural hazards, and environmental issues.
Google Earth Projects
In order to create a more active, practical approach to learning the material, and to take advantage of a popular and useful multimedia resource, we have designed focused explorations of geologic locations using Google Earth.
Visual Literacy Tasks
The Second Edition continues to focus on active learning by enriching core graphics in unique and effective Visual Literacy Tasks. Created in collaboration with geology education researchers Karen Kortz and Jessica Smay, these brief exercises explore a key illustration or photo through a series of conceptual questions aimed at building a comprehensive understanding. 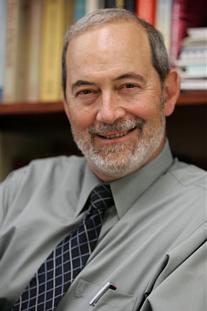 Thomas H. Jordan is director of the Southern California Earthquake Center,
University Professor, and W. M. Keck Foundation Professor of Earth Sciences at the University of Southern California. As SCEC’s principal investigator since 2002, he has overseen all aspects of its program in earthquake system science, which currently involves over 600 scientists at more than 60 universities and research institutions worldwide (http://www.scec.org). The center’s mission is to develop comprehensive understanding of earthquakes and use this scientific knowledge to reduce earthquake risk. Jordan established SCEC’s Collaboratory for the Study of Earthquake Predictability and has been the lead SCEC investigator on projects to create and improve a timedependent, uniform California earthquake rupture forecast. He currently chairs the International Commission on Earthquake Forecasting for Civil Protection (appointed by the Italian government), is a member of the California Earthquake Prediction Evaluation Council, and has served on the Scientific Earthquake Studies Advisory Committee of the U. S. Geological Survey. He was elected to the Council of the U. S. National Academy of Sciences in 2006 and has served on its executive committee. He was appointed to the Governing Board of the National Research Council in 2008. Jordan’s research is focused on system-level models of earthquake processes, earthquake forecasting and forecast-evaluation, and full-3D waveform tomography. His other interests include continental formation and tectonic evolution, mantle dynamics,
and statistical descriptions of geologic phenomena. He is an author on approximately 190 scientific publications, including two popular textbooks. He chaired the NRC panels that produced two decadal reports, Living on an Active Earth: Perspectives on Earthquake Science (2003) and Basic Research Opportunities in Earth Sciences (2002). Jordan received his B.A., M.S., and Ph.D. (1972) from the California Institute of Technology. He taught at Princeton University and the Scripps Institution of Oceanography before joining the Massachusetts Institute of Technology (MIT) as the Robert R. Shrock Professor in 1984. He served as the head of MIT’s Department of Earth, Atmospheric and Planetary Sciences for the decade 1988-1998. In 2000, he moved from MIT to USC, and in 2004, he was appointed as a USC University Professor. He has
been awarded the Macelwane and Lehmann Medals of the American Geophysical Union and the Woollard Award of the Geological Society of America. He is an elected member of the National Academy of Sciences, the American Academy of Arts and Sciences, and the American Philosophical Society. 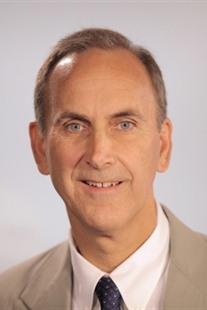 John Grotzinger is a field geologist interested in the evolution of the Earth's surface environments and biosphere.  His research addresses the chemical development of the early oceans and atmosphere, the environmental context of early animal evolution, and the geologic factors that regulate sedimentary basins.  He has contributed to developing the basic geologic framework of a number of sedimentary basins and orogenic belts in northwestern Canada, northen Siberia, southern Africa, and the western United States.  He received his B.S. in geoscience from Hobart College in 1979, an M.S. in geology from the University of Montana in 1981, and a Ph.D. in geology from Virginia Polytechnic Institute and State University in 1985.  He spent three years as a research scientist at the Lamont-Doherty Geological Observatory before joinning the MIT faculty in 1988.  From 1979 to 1990, he was engaged in regional mapping for the Geological Survey of Canada.  He currently works as a geologist on the Mars Exploration Rover team, the first mission to conduct ground-based exploration of the bedrock geology of another planet, which has resulted in the discovery sedimentary rocks formed in aqueous depositional environments.  In 1998, Dr. Grotzinger was named the Waldemar Lindgren Distinguished Scholar at MIT, and in 2000 he became the Robert R. Schrock Professor of Earth and Planetary Sciences.  In 2005, he moved from MIT to Caltech, where he is the Fletcher Jones Professor of Geology.  He received the Presidential Young Investigator Award of the National Science Foundation in 1990, the Donath Medal of the Geological Society of America in 1992, and the Henno Martin Medal of the Geological Society of Namibia in 2001.  He is a member of the American Academy of Arts & Sciences and the U.S. National Academy of Sciences.