Now available with Macmillan’s online learning platform Achieve, The Practice of Statistics for Business and Economics (PSBE) helps students develop a working knowledge of data production and interpretation in a business and economics context, giving them the practical t...

Now available with Macmillan’s online learning platform Achieve, The Practice of Statistics for Business and Economics (PSBE) helps students develop a working knowledge of data production and interpretation in a business and economics context, giving them the practical tools they need to make data-informed, real-world business decisions from the first day of class.

Achieve for The Practice of Statistics for Business and Economics connects the problem-solving approach and real world examples in the book to rich digital resources that foster further understanding and application of statistics. Assets in Achieve support learning before, during, and after class for students, while providing instructors with class performance analytics in an easy-to-use interface.

This package includes Achieve and Loose-Leaf.

This package includes Achieve and Hardcover.

Look at your data

Now available with Macmillan’s online learning platform Achieve, The Practice of Statistics for Business and Economics (PSBE) helps students develop a working knowledge of data production and interpretation in a business and economics context, giving them the practical tools they need to make data-informed, real-world business decisions from the first day of class.

Achieve for The Practice of Statistics for Business and Economics connects the problem-solving approach and real world examples in the book to rich digital resources that foster further understanding and application of statistics. Assets in Achieve support learning before, during, and after class for students, while providing instructors with class performance analytics in an easy-to-use interface.

● Learning objectives. At the beginning of each section in every chapter, learning objectives are designed to give an overview of what the students are expected to be able to do when they complete their study of the section. Students are not only expected to learn basic concepts; they are expected to acquire the skills needed to apply these concepts in realistic situations.
● Increased emphasis on software. Software displays have been updated and are given additional prominence. Carefully selected instances of output can be switched to match whatever software the student is using when working in our Achieve e-book. In addition, video links are supplied at various places in each chapter so students can see how specific analyses are performed using Excel, JMP, Minitab, and R.
● Exercises and examples. Over 60% of the exercises and examples are new or revised, with clearer correlation to business and economics.
● Examining distributions. Similarities and differences in methods for categorical data and quantitative data are given additional emphasis, and concerns of reviewers on particular issues have been addressed (Chapter 1).
● Examining relationships. Material in the Introduction and the first section of Chapter 2 have been reorganized, and a brief treatment of covariance has been added.
● Producing data. Chapter 3 has been revised to strengthen connections with the material on examining distributions in the first chapter.
● Probability and random variables. The sections on probability models and general probability rules have been reorganized so they are now self-contained in one chapter (Chapter 4).  The sections on random variables that previously appeared across two chapters now appear in one chapter (Chapter 5) devoted to random variables and common distributions for random variables.  Given this reorganization, sections on common discrete distributions (covering the binomial and Poisson distributions) and common continuous distributions (covering the uniform distribution, a revisiting of the Normal distribution, and the exponential distribution) are now included.
● Common distributions. Given our reorganization of random variable topics into a single chapter (Chapter 5), we now include a section on common discrete distributions and a section on common continuous distributions. The section on discrete distribution covers the binomial and Poisson distributions. The section on continuous distributions covers the uniform distribution, a revisiting of the Normal distribution, and the exponential distribution.
● Introduction to inference. The introduction to inference has been reorganized into two shorter chapters. The first chapter (Chapter 6) focuses solely on sampling distributions. The second chapter (Chapter 7) focuses on inference for one mean with the population standard deviation known. This includes new subsections more clearly delineating the basic steps of hypothesis testing as well as expanded discussion of the uses and abuses of tests. Finally, this chapter introduces a new section on prediction intervals for a single variable, a very relevant topic when considering predictive analytics.
● Inference for means. The introductory material on power is now combined with the material on sample size calculations for means in the last section of this chapter (Chapter 8). In addition, the material on inference as a decision, which includes discussion of Type I and Type II errors and their relationship with power, appears in this section.
● One-way analysis of variance. This chapter (Chapter 9) has been moved to follow inference for means so the book’s flow is now methods to compare one, two, and then more than two means followed by one, two, and then more than two proportions/two-way tables.
● Sample size determination using software for means and proportions. Additional material on choosing sample sizes for one, two, and more than two means as well as one and two proportions is included in Chapters 8, 9, and 10, respectively.
● Inference for proportions. This material has been moved to Chapter 10. Some potentially confusing issues related to percents and proportions have been clarified and the plus four procedures have been moved to Beyond the Basics items.
● Inference for categorical data. This material has been moved to Chapter 11. An introduction has been added and the exercise structure has been changed so that exercises appear after each section with chapter exercises at the end. Enhanced connections between the concepts in this chapter and those in Chapter 2 (descriptive statistics for two-way tables) and Chapter 4 (probability models) have been added.
● Time Series. Chapter 14 has been reorganized so that smoothing methods (moving-average and exponential smoothing) are introduced before regression-based forecasting methods. We have added the topic on the computation seasonal additive indexes along with the computation of seasonal ratios. There is new detailed discussion on the contrasting of random processes versus nonrandom processes. We have added two new Beyond the Basics sections, one on Dickey-Fuller tests and the other on ARCH models.
● Quality Control. Chapter 15 was reorganized so that there is a standalone section on process capability. The chapter includes new discussion on the underlying assumptions of control charts.

Achieve is a comprehensive set of interconnected teaching and assessment tools that incorporate the most effective elements from Macmillan Learning's market leading solutions in a single, easy-to-use platform.

The Core book includes Chapters 1 – 14 . Chapters 15 – 18 are
individual optional Companion Chapters and can be found on the
Student Site, listed on the main catalog page. 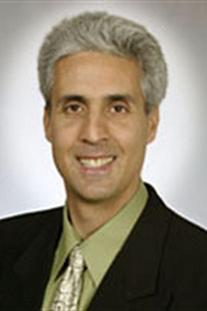 Layth C. Alwan is a Professor of Business Statistics and Operations Management, Sheldon B. Lubar School of Business, University of Wisconsin–Milwaukee. He received a B.A. in mathematics, B.S. in statistics, M.B.A., and PhD in business statistics/operations management, all from the University of Chicago, and an M.S. in computer science from DePaul University. Professor Alwan is an author of many research articles related to statistical process control and business forecasting. He has consulted for many leading companies on statistical issues related to quality, forecasting, and operations/supply chain management applications. On the teaching front, he is focused on engaging and motivating business students on how statistical thinking and data analysis methods have practical importance in business. He is the recipient of several teaching awards, including Business School Teacher of the Year and Executive M.B.A. Outstanding Teacher of the Year. 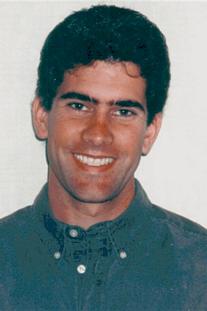 Bruce A. Craig is Professor of Statistics and Director of the Statistical Consulting Service at Purdue University. He received his B.S. in mathematics and economics from Washington University in St. Louis and his PhD in statistics from the University of Wisconsin–Madison. He is an active member of the American Statistical Association and was chair of its section on Statistical Consulting in 2009. He also is an active member of the Eastern North American Region of the International Biometrics Society and aws elected by the voting membership to the Regional Committee from 2003 to 2006. Professor Craig has served on the editorial board of several statistical journals and has been a member of several data and safety monitoring boards, including Purdue's IRB. Professor Craig's research interests focus on the development of novel statistical methodology to address research questions in the life sciences. Areas of current interest are protein structure determination, diagnostic testing, and animal abundance estimation. In 2005, he was named Purdue University Faculty Scholar. 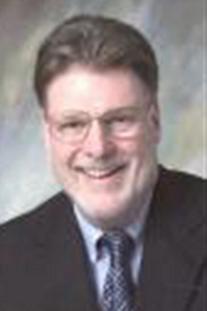 George P. McCabe is the Associate Dean for Academic Affairs in the College of Science and a Professor of Statistics at Purdue University. In 1966, he received a B.S. degree in mathematics from Providence College, and in 1970 a Ph.D. in mathematical statistics from Columbia University.  His entire professional career has been spent at Purdue with sabbaticals at Princeton, the Commonwealth Scientific and Industrial Research Organization in Melbourne (Australia); the University of Berne (Switzerland); the National Institute of Standards and Technology (Boulder, Colorado); and the National University of Ireland in Galway. Professor McCabe is an elected fellow of the American Association for the Advancement of Science and of the American Statistical Association; he was 1998 Chair of its section on Statistical Consulting. From 2008 to 2010, he served on the Institute of Medicine Committee on Nutrition Standards for the National School Lunch and Breakfast Programs.  He has served on the editorial boards of several statistics journals, has consulted with many major corporations, and has testified as an expert witness on the use of statistics.

Professor McCabe’s research has focused on applications of statistics.  Much of his recent work has been on problems of nutrition, including nutrient requirements, calcium metabolism, and bone health. He is author or coauthor of more than 160 publications in many different journals.