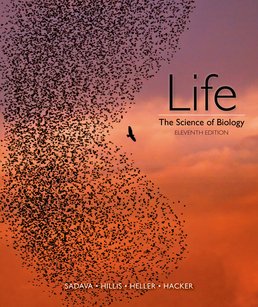 Explore the resources in LaunchPad →

Watch this cover come to Life →

How can Macmillan Learning help you transition to online teaching?
We have webinars, trainings, and documentation by experienced instructors and product specialists to help you. Learn More →

This package includes Hardcover and LaunchPad.

This package includes Loose-Leaf and Paperback.

This package includes LaunchPad and Loose-Leaf and Paperback.

This package includes Hardcover and Paperback.

This package includes Hardcover and LaunchPad and Paperback.

The Eleventh Edition of Life: The Science of Biology is engaging, active, and focused on teaching the skills that students need in the majors biology course. New pedagogical features grab students’ attention and give them a clear learning path through the text. Active learning is a priority throughout the text and media, including in the brand new and unique Active Learning Guide, giving instructors the support they need to encourage students to "learn by doing." Life continues and improves its focus on experiments and data, ensuring that students learn the skills they need to succeed in their careers. It is this potent combination of expertly crafted pedagogy and engagement that make this new edition the best resource for biology students.

The Eleventh Edition of Life: The Science of Biology retains its reputation as the book with the highest quality content, clarity of language, and experimental emphasis, and the new focus and features make it a Life worth investigating.

Focus Your Learning statements guide students to the essential content as they read-through each Key Concept section.

LaunchPad for Life, Eleventh Edition
Launchpadworks.com
Built to address the biggest classroom issues instructors face, LaunchPad gives students everything they need to prepare for class and exams, while giving instructors everything they need to quickly set up a course, shape the content to their syllabus, craft presentations and lectures, assign and assess homework, and guide the progress of individual students and the class as a whole.

All of the resources in LaunchPad for Life, Eleventh Edition have been created specifically to support this edition. The Activities and Animations were created using textbook art; all quiz and test questions are updated and aligned to the Eleventh Edition; everything is referenced to the textbook’s Key Concepts; and substantial new active learning resources support the use of the book in an active learning context.

New!
Searchable Question Bank
LaunchPad’s enhanced question bank functionality makes it easier to search for and select questions from any of the Life question banks (Test Bank, LearningCurve, Summative Quizzes). With the new filtering functionality, instructors can get the precise mix of questions they want by filtering for:
• Learning Outcome (new for the Eleventh Edition)
• Focus Your Learning statement
• Key Concept
• Bloom’s Level
• Difficulty (for LearningCurve questions)
• Source

New Release!
LearningCurve
LearningCurve adaptive quizzing gives each student individualized question sets and feedback based on their correct and incorrect responses. All the questions link back to the e-book to encourage students to read the book in preparation for classtime and exams.

Instructor Customization
LearningCurve organizes chapter quizzes by Key Concept and makes it easy for instructors to hide questions on concepts they are not covering. With this, each student’s quizzes can focus on the exact content being taught.

o Robust modules designed to provide all the support an instructor needs to teach selected topics in an active learning setting
o Each module includes a detailed instructor’s guide, a pre-quiz, a pre-class video, an in-class exercise, a post-quiz, and assessment questions
o A new format for most activities, designed to better engage students
o New functionality that reports to the LaunchPad gradebook upon activity completion
o New simulations on such topics as Macromolecules, Active and Passive Transport, and Natural Selection
o Each simulation is now accompanied by an assignable quiz in LaunchPad
o All questions aligned to new Learning Outcomes
o A new set of short answer questions in each chapter
o Additional questions at higher Bloom’s Levels
o Expanded question banks for each chapter
o New fill-in- the-blank questions
o Hints added to all questions 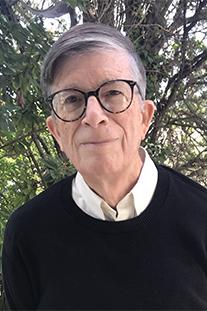 David E. Sadava is the Pritzker Family Foundation Professor of Biology, Emeritus, at the Keck Science Center of Claremont McKenna, Pitzer, and Scripps, three of The Claremont Colleges. In addition, he is Adjunct Professor of Cancer Cell Biology at the City of Hope Medical Center. Twice winner of the Huntoon Award for superior teaching, Dr. Sadava has taught courses on introductory biology, biotechnology, biochemistry, cell biology, molecular biology, plant biology, and cancer biology. In addition to Life: The Science of Biology, he is the author or coauthor of books on cell biology and on plants, genes, and crop biotechnology. His research has resulted in many papers coauthored with his students, on topics ranging from plant biochemistry to pharmacology of narcotic analgesics to human genetic diseases. For the past 15 years, he has investigated multi-drug resistance in human small-cell lung carcinoma cells with a view to understanding and overcoming this clinical challenge. At the City of Hope, his current work focuses on new anti-cancer agents from plants. 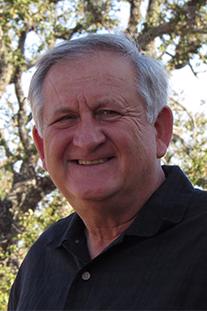 David M. Hillis is the Alfred W. Roark Centennial Professor in Integrative Biology at the University of Texas at Austin, where he also has directed the Center for Computational Biology and Bioinformatics, the Biodiversity Center, and the School of Biological Sciences. Dr. Hillis has taught courses in introductory biology, genetics, evolution, systematics, and biodiversity. He is a member of the National Academy of Sciences and the American Academy of Arts and Sciences. He was awarded a John D. and Catherine T. MacArthur Fellowship, and has served as President of the Society for the Study of Evolution and of the Society of Systematic Biologists. He served on the National Research Council committee that wrote the report BIO 2010: Transforming Undergraduate Biology Education for Research Biologists, and currently serves on the Executive Committee of the National Academies Scientific Teaching Alliance. 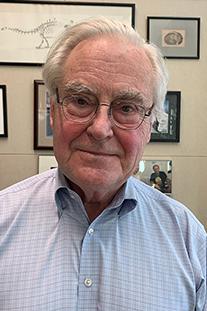 H. Craig Heller is the Lorry I. Lokey/Business Wire Professor in Biological Sciences and Human Biology at Stanford University. He has taught in the core biology courses at Stanford since 1972 and served as Director of the Program in Human Biology, Chairman of the Biolo-gical Sciences Department, and Associate Dean of Research. Dr. Heller is a fellow of the American Association for the Advancement of Science and a recipient of the Walter J. Gores Award for excellence in teaching and the Kenneth Cuthberson Award for Exceptional Service to Stanford University. His research is on the neurobiology of sleep and circadian rhythms, mammalian hibernation, the regulation of body temperature, the physiology of human performance, and the neurobiology of learning. He has done research on a huge variety of animals and physiological problems, including sleeping kangaroo rats, diving seals, hibernating bears, photo-periodic hamsters, and exercising athletes. Dr. Heller has extended his enthusiasm for promoting active learning via the development of a two-year curriculum in human biology for the middle grades, through the production of Virtual Labs—interactive computer-based modules to teach physiology. 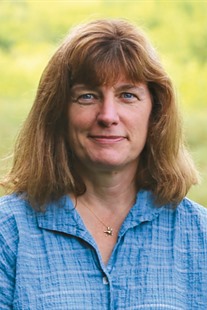 Sally D. Hacker is Professor at Oregon State University where she has been a faculty member since 2004. She has taught courses in introductory ecology, community ecology, invasion biology, field ecology, and marine biology. She was awarded the Murray F. Buell Award by the Ecological Society of America and the Young Investigator Prize by the American Society of Naturalists. Dr. Hacker’s research explores the structure, function, and services of natural and managed ecosystems under varying contexts of species interactions and global change. She has conducted research with plants and animals in rocky intertidal, salt marsh, seagrass, and coastal dune ecosystems. Her work has most recently focused on the protective role of dune ecosystems in mitigating coastal vulnerability due to climate change. In addition to the textbooks Life: The Science of Biology and Ecology (Sinauer Associates), she is author or coauthor on numerous articles and book chapters exploring community ecology, species interactions, marine invasions, and ecosystem services important to coastal management. She is particularly interested in promoting active and experiential learning for students interested in ecology and field-emersion experiences.

Test Bank for Life (Online Only)

Explore the resources in LaunchPad Learn more about Life from David Hillis
Look Inside: Sample Chapters

Select a file to view: