The American women’s movement was one of the most influential social movements of the twentieth century. Beginning with small numbers, the women’s movement eventually involved tens of thousands of women and men. Longstanding ideas and habits came under scrutiny as activists questioned and changed the nation’s basic institutions, including all branches of government, the workplace, and the family. Nancy MacLean’s introduction and collection of primary sources engage students with the most up-to-date scholarship in U.S. women’s history. The introduction traces the deep roots of the women’s movement and demonstrates the continuity from women’s activism in the labor movement and New Deal networks, the black civil rights movement, and the peace movement to the height of Second Wave feminism and into the Third Wave. The primary sources reflect the social breadth and depth of the movement. Dispelling the misconception that the American women’s movement was solely a white, middle-class cause, the documents include the voices of women of all ages, classes, and ethnicities. Topics addressed range from wage discrimination, peace activism, housework and childcare, sexuality, and reproductive rights to welfare, education, socialism, violence against women, and more. Document headnotes, a chronology of the women’s movement, questions for consideration, a selected bibliography, and index support student learning, classroom discussion, and further research. 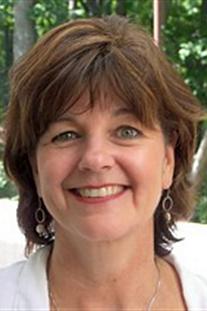 Nancy MacLean (PhD, University of Wisconsin, 1989) is Trinity College of Arts and Sciences Professor of History at Duke University. A scholar of twentieth-century U.S. history, she studies in particular the workings of class, gender, race, and region in social movements and public policy. Her first book, Behind the Mask of Chivalry: The Making of the Second Ku Klux Klan (1994), was named a noteworthy book of the year by the New York Times Book Review, and received the Rawley Prize from the Organization of American Historians, the Owsley Prize from the Southern Historical Association, and the Rosenhaupt Award from the Woodrow Wilson National Fellowship Foundation. Her most recent book, Freedom Is Not Enough: The Opening of the American Workplace (2006), received an Outstanding Book Award from the Gustavus Myers Center for the Study of Bigotry and Human Rights, the Willard Hurst Prize for best book in sociolegal history from the Law and Society Association, the Labor History Best Book Prize from the International Association of Labor History Institutions, the Richard A. Lester Prize for the Outstanding Book in Labor Economics and Industrial Relations, and the Lillian Smith Book Award from the Southern Regional Council. She is currently working on a book about the origins of the push to privatize public services and decision-making.