Psychology: A Concise Introduction offers a rich survey of the field’s fundamental research and concepts at an unbeatable price! The text also includes a robust media and supplements package for instructors and students, including LaunchPad. No other text/media reso...

The core of psychology in a rich print/media resource at an extraordinary price!

Based on extensive research on the Introductory Psychology course, Richard Griggs and Sherri Jackson made informed choices on which topics to cover, creating 10 chapters which are easily covered in one term. With just 10 chapters (and less than 500 pages) to cover, instructors have the time to additional content, like activities or in-class work or discussion, to their course.

Griggs and Jackson’s Psychology: A Concise Introduction, Sixth Edition, has been thoroughly revised without increasing its length. The following is a list of the main revisions (updates, deletions, and additions), chapter by chapter.

Deleted the brief discussion about the replication crisis in psychology

Deleted discussion of the discovery and naming of synapse

Moved the discussions of sensory interaction, the McGurk effect, and synesthesia to Chapter 3 on sensation and perception

Updated the discussion of subliminal persuasion, pointing out that it is a myth of popular psychology

Added the discussions of sensory interaction, synesthesia, and the McGurk effect from Chapter 2 to the How We See and How We Hear sections

Added a brief discussion of difference between farsightedness and presbyopia

Added a discussion of the global spikes in the rate of nearsightedness and how researchers have found this to be related to years of education and how this link likely stems from more time indoors, resulting in insufficient exposure to natural light thereby impacting normal eye development

Deleted Figure 3.13 ("Two More Organizational Perceptual Ambiguities") and the related discussion in the text of these two ambiguities

Added a brief discussion about Pavlov’s dogs, including the kinds of dogs that he used and that he named them as well as a Web site with photos of the dogs

Shortened the discussion of delayed and trace classical conditioning

Deleted the subsection on operant and classical conditioning without awareness

Revised discussion of Premack principle for clarity; updated example of this principle so that it relates to current students’ experience

Described the encoding process from the visual sensory register into short-term memory in more detail relating it to the difference between sensation and perception in Chapter 3; also related this explanation to the arrow going from long-term memory back to the recognition process in Figure 5.1

Revised the descriptions of the temporal integration and Sperling’s full versus partial report procedures used to demonstrate the existence, duration, and capacity of iconic memory so that they were more student-friendly

Revised the example of maintenance rehearsal in short-term memory so that it was more congruent with current students’ experience; it now involves entering a new cell phone number into contacts list

To further student understanding of LTM and STM and primacy and recency effects, added a thought exercise asking the student to predict what would be observed on a free recall task for anterograde amnesics such as H. M.

Added a discussion of the myth of learning styles

Deleted discussion of finding of a Tower of Hanoi practice effect in anterograde amnesics, which has now been shown to be nonreplicable

Revised the discussion of dread risk to be more student-friendly

Added a brief discussion of the troublesome aspects of Kohlberg’s later life that led to bouts of depression and consequently, suicide

Shortened discussion of Milgram’s obedience study, the recent criticisms of it, and the recent reinterpretation of the study’s findings

Chapter 1: The Science of Psychology 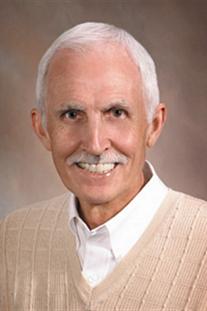 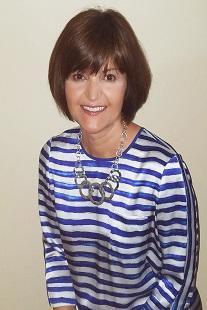 Sherri L. Jackson is Vice-Provost of Academic Affairs and Professor of Psychology at Jacksonville University. She received her M.S. and Ph.D. from the University of Florida. During her 31 years at Jacksonville University, she has won numerous faculty awards, including Professor of the Year, University Woman of the Year, University awards for Excellence in Teaching, Scholarship and Professional Activity, and Service. She was also a recipient of a Jacksonville Business Journal Woman of Influence Award. Her service contributions to Jacksonville University are numerous, but most significantly, she has served as Chair of the Faculty, Vice-Chair of the Faculty, Interim Dean of the College of Fine Arts, and Chair of the Division of Social Sciences and is presently serving as Vice Provost of Academic Affairs. She is the author of four textbooks that have been adopted at colleges and universities nationally and internationally—Research Methods and Statistics: A Critical Thinking Approach, now in its 5th edition, Statistics: Plain and Simple now in its 4th edition, Research Methods: A Modular Approach now in its 3rd edition, and the final textbook in her tetralogy, A Concise Guide to Statistical Analyses Using Excel, SPSS, and the Ti84 Calculator. She has edited or authored four teaching resource books, 16 textbook supplements, and numerous peer-reviewed journal articles, including 19 in the Teaching of Psychology.